Directions: Use a pencil to fill in the circle that has the same letter as the answer you have chosen.

1. Fill in each box to complete the compass rose.

2. Which imaginary line divides the earth into the Northern and Southern Hemispheres?

3. The main purpose of a physical map is to show

4. Polar, dry, mild, and tropical can be described as 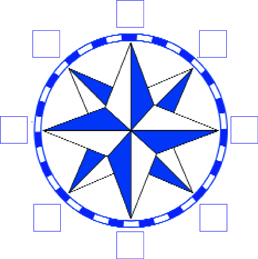 Base your answers for 6 and 7 on the circle graph (left).

6. In 2001, what country or region had the least carbon pollution in the world?

7. Which two countries or regions together have the most carbon pollution in the world? 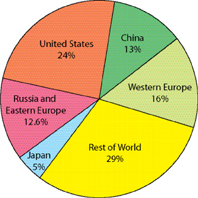 Base your answers to question 8 on the two maps below.

8. Based on these two maps, why do you think Japan has to import most of its food to feed the people? 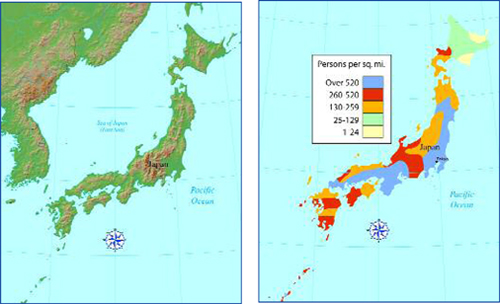