How Do I Use Globes and Maps?

Globes, How Do I Read Latitude and Longitude?, Maps, What Are the Parts of a Map?

Do you know how to find the library in your town? Can you locate the fire station or the grocery store? Globes and maps help you locate places. Learning how to use globes and maps gives you a better understanding of the world.

A globe is a round ball like the earth. A ball is the best way to show the earth because it has the same shape. Globes have a grid of imaginary lines. These lines help you find places on the globe. 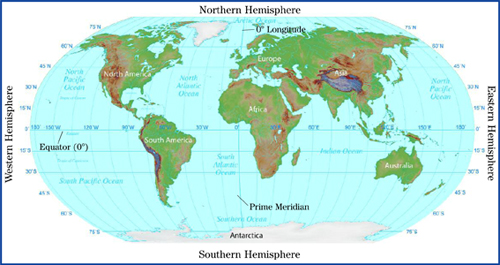 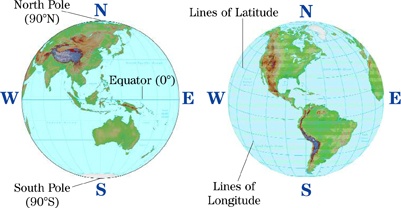 How Do I Read Latitude and Longitude?

Other imaginary lines on globes and maps are called latitude and longitude. These lines crisscross and look like a grid. The lines are measured in units called degrees (°).

Is there a place on the earth with no latitude and longitude? Look on the map on page 10 for 0°N-S and 0°E-W. It's a point in the Atlantic Ocean, off the west coast of Africa. This is where the prime meridian and the equator meet. 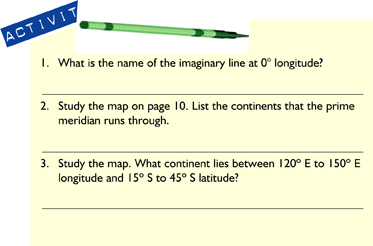 Globes are a great way to see what the earth looks like. But they are difficult to carry around. They cannot show you details of your city or your state. As people explored where they lived or traveled, they recorded information. They noted islands, mountains, and bodies of water. People used this information and made flat maps. One of the earliest “flat” maps was made in Babylon. This ancient city was near Baghdad in Iraq. The map was carved into clay.

A map is a flat drawing of all or part of the earth's surface. It shows where places and things are located. Maps also show how things are connected to each other. They show size, distance, and direction. Some maps include physical features. They show lakes, mountains, and rivers. Other maps show where people live. These maps might show political features, such as cities and country boundaries.

What Are the Parts of a Map?

To read a map, first look at the title. The title explains the subject of the map. Maps also have a compass. This symbol is called a compass rose. It tells the cardinal directions of north (N), south (S), east (E), and west (W). The compass rose also has four intermediate directions. These are called ordinal directions. They are northeast (NE), northwest (NW), southeast (SE), and southwest (SW). 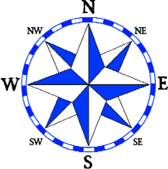 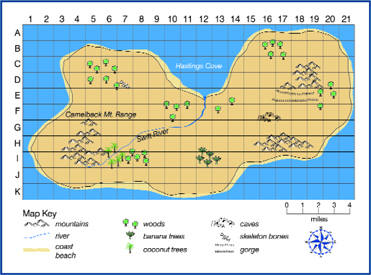 Cartographers (kar-tog-ruh-fuhrs), or mapmakers, also use symbols to show locations and features. These symbols can be lines, dots, patterns, or pictures. A map key, or legend, explains what the map symbols stand for. Symbols change from map to map. On one map, a red dot means a small city. On another map, the red dot can mean the location of a train station. To understand a map, always study the title and the map key.

A map scale measures distances on a map. It is a line marked in miles, kilometers, or both. It shows how distance on a map compares to real distance. Maps often show lines of latitude and longitude. Use a ruler to measure the distance between two points on a map. Then add the number of miles from the map scale to find the total distance. 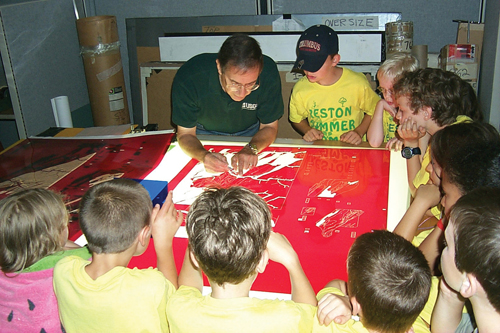 A group of children watch a cartographer at work. 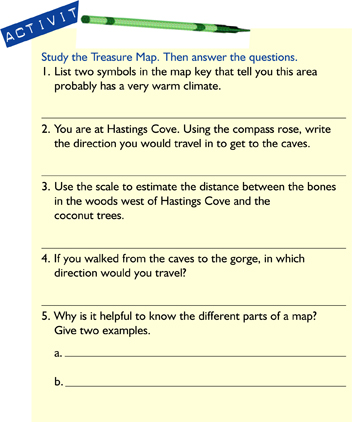 Maps show the location of places and features on the earth's surface. A title, compass rose, map key, and scale are important tools mapmakers use to help you read a map.

What Are Map Projections?

The most accurate way to show the earth is as a globe. It is very difficult to draw a round object on a flat surface. A map projection is a way of drawing a picture of a round earth onto a flat map. These maps change the shape of some features on the earth. Each map projection is different. There is no correct projection. Mapmakers create projections with features that are important to them.

Mercator Projection A Mercator (muhr-kayt-uhr) projection map is useful for ocean navigation. The compass directions are correct. However, the lines of latitude and longitude are straight lines instead of curved. These lines are curved on a globe.

Some areas on the map are also not correct. The North Pole and South Pole regions look larger than they really are. This type of map shows correct direction and land shapes, but not distances or sizes. 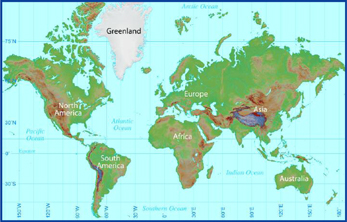 Robinson Projection This map shows the earth with a flat top and bottom. The lines of latitude are straight lines. The lines of longitude are curved lines. In a Robinson projection map, the areas look correct. But the distances and compass directions are not correct. Areas near the North and South Poles appear flattened.

Winkel Tripel Projection This map uses curved lines to show latitude and longitude. Study the shapes of the North and South Pole regions. They are more accurate than they are in the Robinson Projection. Recently, the National Geographic Society began to use this kind of projection map. They use it for all of their maps of the world. 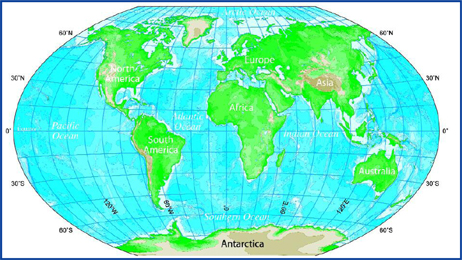 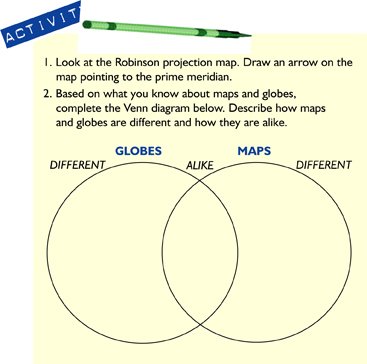 Map projections show the curved surface of the earth on a flat map. As a result, the size, shape, and direction of some parts of the earth are not correct.