How Do the Five Themes of Geography Connect the World?

Imagine that you have to tell a friend how to get from the classroom to the cafeteria. How would you give the directions? Would you give a list of steps to follow? Or would you say that the cafeteria is next to the office? Giving directions and describing a location are examples of geography.

Geography is the study of the world. It explores the people, the places, and the environment. There are five basic ideas, or themes. These ideas explain how geography connects the world. The five themes are location, place, human-environment interaction, movement, and region.

Location answers the question, Where are we? It tells you where one thing is in relation to another. There are two ways to talk about location. There is absolute location and relative location. 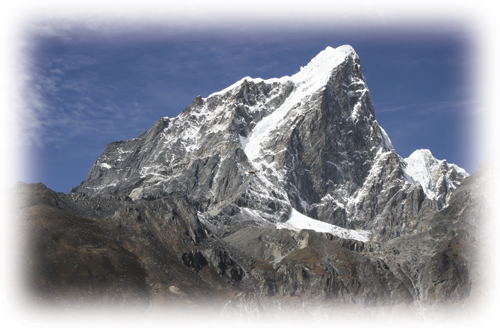 Mt. Everest is part of the Himalayan Mountains. It lies on the border of Tibet and Nepal.

Absolute Location gives the exact spot on the earth where a place is found. It uses special instructions called latitude and longitude (global location).

Relative Location is not an exact location. It tells where a place is by describing places near it.

Canada is north of the United States.

Place answers the question, What kind of place is it? It tells you what a location is like. Places have human and physical features. Some physical features are mountains, rivers, soil, beaches, plants, climate, and animals. Places can change. Earthquakes, tsunamis, hurricanes, or changes in climate can make lasting changes to a place.

Places also have human features. These features come from the ideas and actions of people. People make changes to the places. People build roads, bridges, cities, and grow food.

The thoughts people have about a place come from their experiences. How people describe a place tells you how they think. It tells you what is important to them. Think about the human and physical features of your hometown. How do they shape your life? 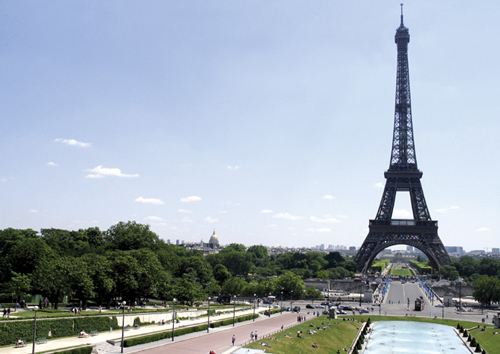 The Eiffel Tower is a landmark in Paris.

Human-environment interaction answers the question, How do people and the environment affect each other? This theme looks at how people interact with their environments. People use their environment in different ways. In dry areas, people might build dams to collect large amounts of water. Then people can use the water during dry periods when there is no rain. In wet areas, people might use boats to travel from place to place. Some changes people make can cause problems. Pollution is a problem. Sometimes, weather can harm people. Some areas have floods, mudslides, or wildfires. 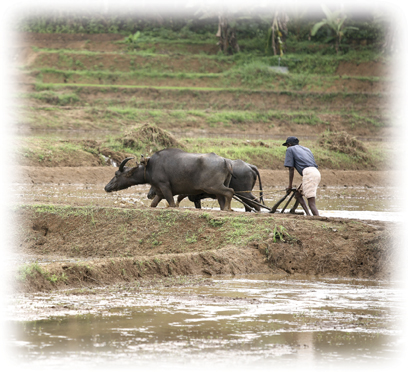 In Southeast Asia, farmers use water buffalo to plow the land for rice fields.

Movement answers the question, How do people, goods, and ideas get from one place to another? Movement means change. The study of movement shows how people and goods travel (import and export). It also explains how people bring new ideas to other areas of the world. Can you think of ideas that moved from other areas? How would your life change if you had to travel by horse or camel? 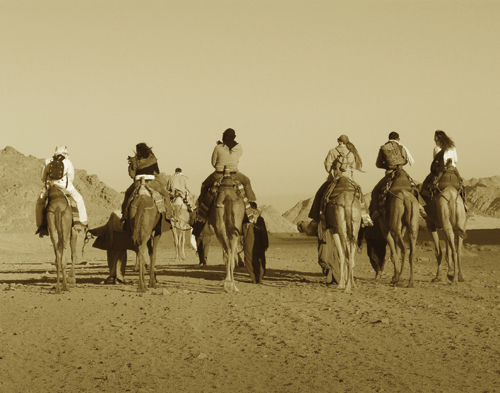 Region answers the question, What makes one area like another area? The earth is divided into regions. A region is an area that has the same features. These features can be similar plant life or the same geographic area. Or the people in a region may have the same religion or speak the same language. Life in a mountain region is very different from life in a valley. By comparing regions, you can see how they are alike or different. 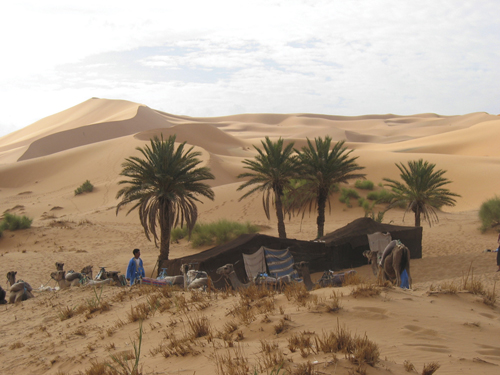 This photograph shows some features of a desert region. It is a hot, dry climate with few plants or animals.

The people living in the Basque region have their own language and customs. This region is between Spain and France. In the past, the ocean and mountains kept people from leaving the region. 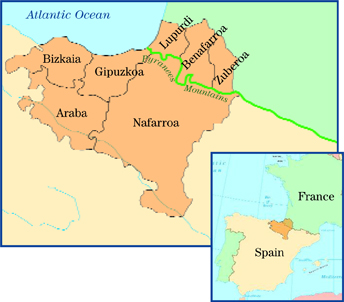 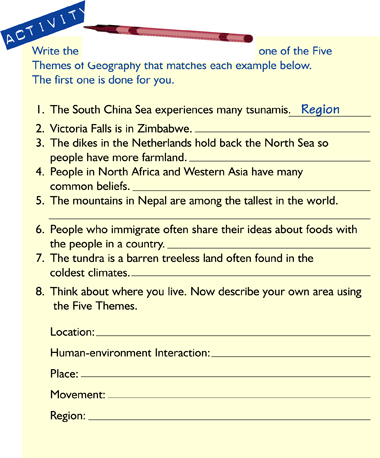 The five themes of geography are location, place, human-environment interaction, movement, and region. These themes help us understand how people and places are connected in the world. Geographers use the five themes to help them study the world and organize ideas.